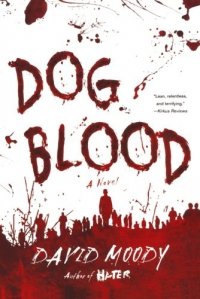 "On the heels of "Patient Zero "and "Pride and Prejudice with Zombies-- "the electrifying sequel to "Hater "where humanity fights itself to the death against a backdrop of ultimate apocalyptic destruction "The Earth has been torn into two parts by an irreversible division. Whether due to nature, or the unknown depths of the mind itself, everyone is now either Human or Hater. Victim or killer. Governments have fallen, command structures have collapsed, and relationships have crumbled. Major cities have become refugee camps where human survivors cower together in fear. Amidst this indiscriminate carnage, Danny McCoyne is on a mission to find his daughter Ellis, convinced that her shared Hater condition means her allegiance is to people like him. Free of inhibitions, unrestricted by memories of peace, and driven by instinct, children are pure Haters, and may well define the future of the Hater race. But, as McCoyne makes his way into the heart of human territory, an incident on the battlefield sets in place an unexpected chain of events, forcing him to question everything he believes he knows about the new order that has arisen, and the dynamic of the Hate itself.

By Blood We Live

Скачать
By Blood We Live

The Price of Blood

Скачать
The Price of Blood

The Isle of Blood

Скачать
The Isle of Blood