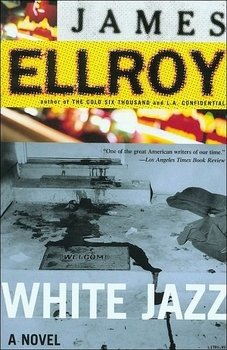 Killings, beatings, bribes, shakedowns—it’s all in a day’s work for Lieutenant Dave Klein, Los Angeles Police Department. Trained as a lawyer in school, schooled as a strongarm on the street, bought and paid for by the mob, there’s nothing he’s not into and nobody’s better at any of it. But in the fall of 1958, when the Feds announce a full-out investigation into police corruption, everything goes haywire.Suddenly, the game Klein thought he was running has a new set of rules—and they’re not his. He’s been hung out as bait, “a bad cop to draw the heat,” and the heat’s coming from all sides: from local politicians, from LAPD brass, from racketeers and drug kingpins—all of them hell-bent on keeping their own dirty secrets hidden. For Klein, “forty-two and going on dead,” it’s dues time.And it’s Klein who tells his own story—his voice clipped and sharp and as brutal as the events he’s describing—taking us with him on a hellish journey through a world shaped by monstrous ambition, greed, and perversion. It’s a world he helped create, but now he’ll do anything to get out of it alive…Fierce, riveting, and honed to a razor-edge, White Jazz is crime fiction at its most shattering, and the most explosive novel yet from James Ellroy.

The Woman in White

Death in a White Tie