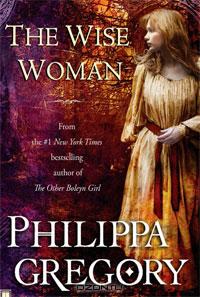 In this book, originally published after her bestselling debut with the Wideacre trilogy, New York Times bestselling author Philippa Gregory takes readers to Henry VIII's England, on a journey to the outer reaches of passion, where magic and female power meet.

Alys joins a nunnery to escape the poverty of her life on the moor with her foster mother, Morach, the local wise woman with whom she lives as an outcast, but she soon finds herself thrown back into the world when Henry VIII's wreckers destroy her sanctuary. Summoned to the castle as the old lord's scribe, she falls obsessively in love with his son Hugo, who is married to Catherine. Driven to desperation by her desire, she summons the most dangerous powers Morach has taught her, but soon the passionate triangle of Alys, Hugo, and Catherine begins to explode, launching them into uncharted sexual waters. The magic Alys has conjured now has a life of its own -- a life that is horrifyingly and disastrously out of control.

Is she a witch? Since heresy means the stake, and witchcraft the rope, Alys is in mortal danger, treading a perilous path between her faith and her own female power.

A cunning woman, a wise woman, an indispensable friend, a dangerous enemy